“Although the world is full of suffering, it is also full of overcoming it.” ~ Helen Keller

I am one of 72 million Americans with a diagnosable autoimmune condition. Adrenal insufficiency, also called Addison‘s disease, in my case, this condition was animated by symptoms such as low blood pressure, dizziness, fainting, nausea, diarrhea, vomiting, severe abdominal pain, muscle weakness, low back pain, and extreme fatigue.

I know what it is like to be trapped inside an ailing body, a chronically exhausted body. I understand the mental-emotional distress that happens when it seems your body has betrayed you. I began to see my body as my adversary and food as the enemy since I felt so terrible after I ate. Not only did I feel awful, I silently feared that the next attack could be just a meal away. This is the trap that I found myself in three years ago after I experienced what I now know as an acute Addisonian crisis.

Because autoimmune diseases will often fluctuate between remission with little to no symptoms and flare–ups with worsening symptoms, autoimmune conditions can go undiagnosed for years. I was one such case. My body being the magnificent messenger it is, it had been sending signals of autoimmunity for years. Even after I had been hospitalized in 2010 with a hepatic portal vein thrombosis, a blood clot in the portal vein of my liver and a rarity that stumped every specialist I was sent to see; the only answer then was months of coumadin injections in my stomach to dissolve the blood clot.

Then came the rising frustration that occurred between 2010 and 2017 when I was told I that I had been doing everything right and yet my body was telling me something else. Despite getting 8 hours of sleep, I‘d wake up tired, my energy, libido, mood, and motivation were eroding. Rather than have my forward motion impeded, I reached for caffeinated beverages and pills, becoming fixated on the fallacy that treating symptoms with pharmaceuticals with further repercussions would somehow free me from a body failing to function well. This compulsive self-driving behavior and need to keep up a Super Woman lifestyle, bring home the bacon, fry it up in the pan, and look good in the process was literally killing me.

Fast forward to late 2017. Learning that I was facing an immune system that attacks the body’s own tissues and organs and understanding that one does not ever cure an autoimmune condition, it was time for me to find out what my body needed. I began digging deeper, seeking ways to make my way back to being the high functioning, high spirited woman I had been.

A Ray of Hope  for Autoimmune Reversal

“Don’t be satisfied with stories, how things have gone with others. Unfold your own myth.”  ~ Rumi

Not long after I began making some Ayurveda–inspired lifestyle changes I discovered Functional Medicine (FM). I learned that it is a model that took the principles of Ayurveda and translated them into Western language for the modern western person. Like Ayurvedic medicine (which dates back 5,000 years), Functional Medicine looks for root cause of dis-ease rather than merely managing the symptoms of disease. FM uses the latest scientific research to help you understand yourself – body, mind, and spirit.

Both Ayurvedic and Functional Medicine know that the root of illness and wellness is the digestive tract (aka the gut). FM provides in-depth testing of Hormone, Immune, Digestion, Detoxification, Energy Production and Nervous System that goes well beyond the standard American medical testing. Rather than focusing on an isolated set of symptoms, it is an integrative approach that looks at the whole person’s genetic potential, history, environment, lifestyle, and current health complaints.

Sorting the pieces of my autoimmune puzzle I found Functional Diagnostic Nutrition® (FDN), a complete methodology that uses a science–based, sub-clinical laboratory assessment system to identify malfunctions, underlying conditions, and root cause contributors to many chronic health complaints facing people today. Inspired by FDN‘s evidence-based model of care, I became my own practitioner.

In 2019 with my functional diagnostic lab results in hand and a thorough education of how the neuro/endocrine, hormone/immune, digestion/detoxification systems in the body work, I committed to the DRESS® protocol (Diet, Rest, Exercise, Stress Reduction, and Supplementation specific to my metabolic needs).

Between week three and month three, my symptoms began disappearing. Within a year, I reversed my autoimmune condition. My body was healing, and I began to live a life of vitality again. By that, I mean, I began to see the end of being chronically tired, fried, frail, sick, dispirited, and feeling like I had failed my Self and those who count on me. Treating symptoms became a thing of my past and an outdated model of care.

Functional Diagnostic Nutrition® (FDN), an emerging field and body of work, has helped thousands restore health by bridging the gap between clinical nutrition and Functional Medicine. Offering data-driven protocols, tools, holistic health building principles, accountability, and leadership, FDN Practitioners use science to identify healing opportunities and partner with people to take corrective action that gets to the underlying causes and conditions leading the way for so many of today‘s chronic health issues.

Choosing to take an investigative and integrative approach rather than turning one’s self over to an “authority” Functional Medicine and Functional Diagnostic Nutrition® Practitioners (FDN-P) empower people to take control of their health, acknowledge that you are always the first and last expert on YOU, and spend the time to work with you to remove interfering factors, restore function and balance and return the body to a state of well-being.

Below is a helpful illustration from the Institute of Functional Medicine (IFM) that shows the interconnectedness personal lifestyle and environmental factors have on overall health. 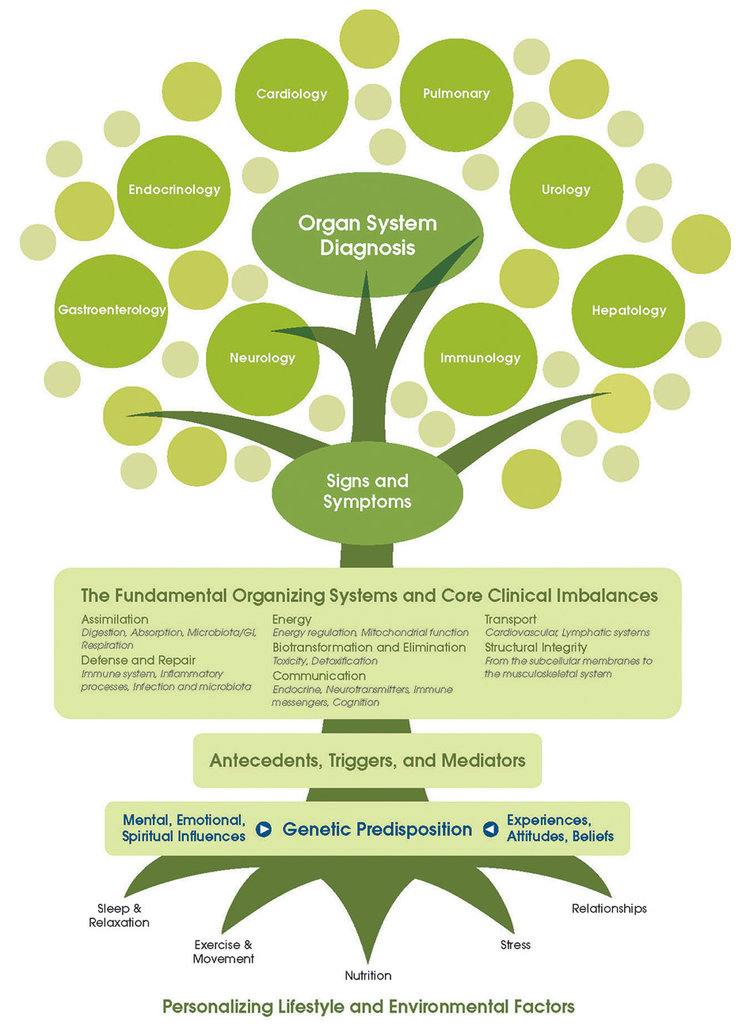 Designed with your vitality in mind and using the sound wellness principles of Functional Medicine and Functional Diagnostic Nutrition® (FDN), FDN Practitioners (FDN-P) like myself work with you to identify the contributing factors to WHY you have the symptoms you do, remove what is harmful, and then create an environment for healing that is unique to YOU.

This functional wellness movement works because we…

Say goodbye to the old paradigm of surveilling symptoms (aka sick care) and say hello to a highly individualized level of care, restored health, and high function. Say hello to the new paradigm of well care!

shop our favorite products and brands to support your wellbeing

designed to build health and revitalize high-functioning women like you

tips to emerge well sent right to your inbox